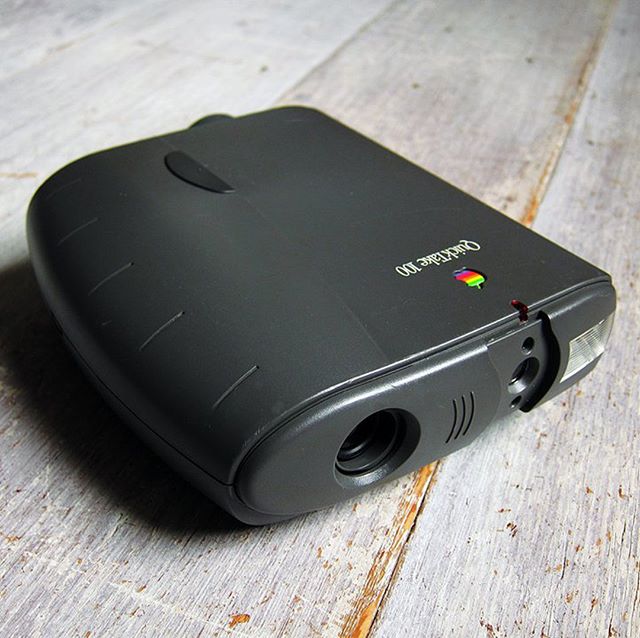 Everyone knows that Apple significantly influenced the present day computers and smartphones. Did you know that the era of digital cameras also started with "apple" QuickTake?

In 1994, along with Kodak, the first mass-market digital camera Apple QuickTake 100 was created, and the next year it was replaced by the 150th model.

It was able to take photos with a resolution of 640 by 480 pixels, had a small black and white screen that showed camera settings, and an optical viewfinder.

You can view the photos by uploading them to your computer: the camera supports not only the "native" Mac, but also Windows!